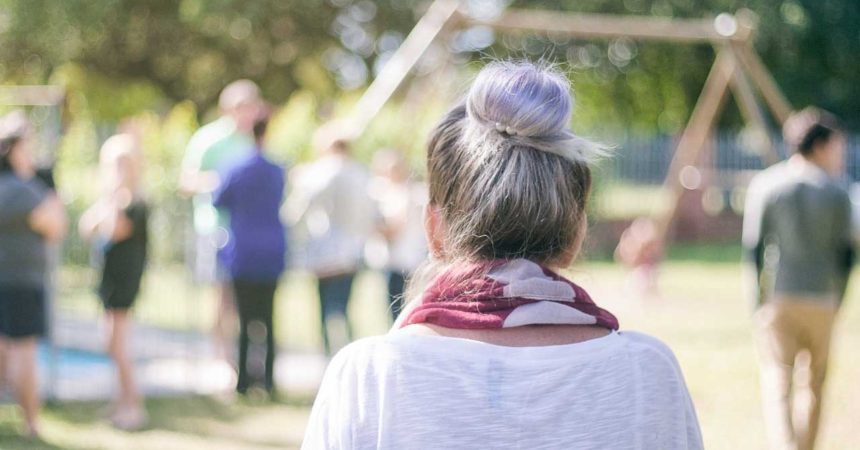 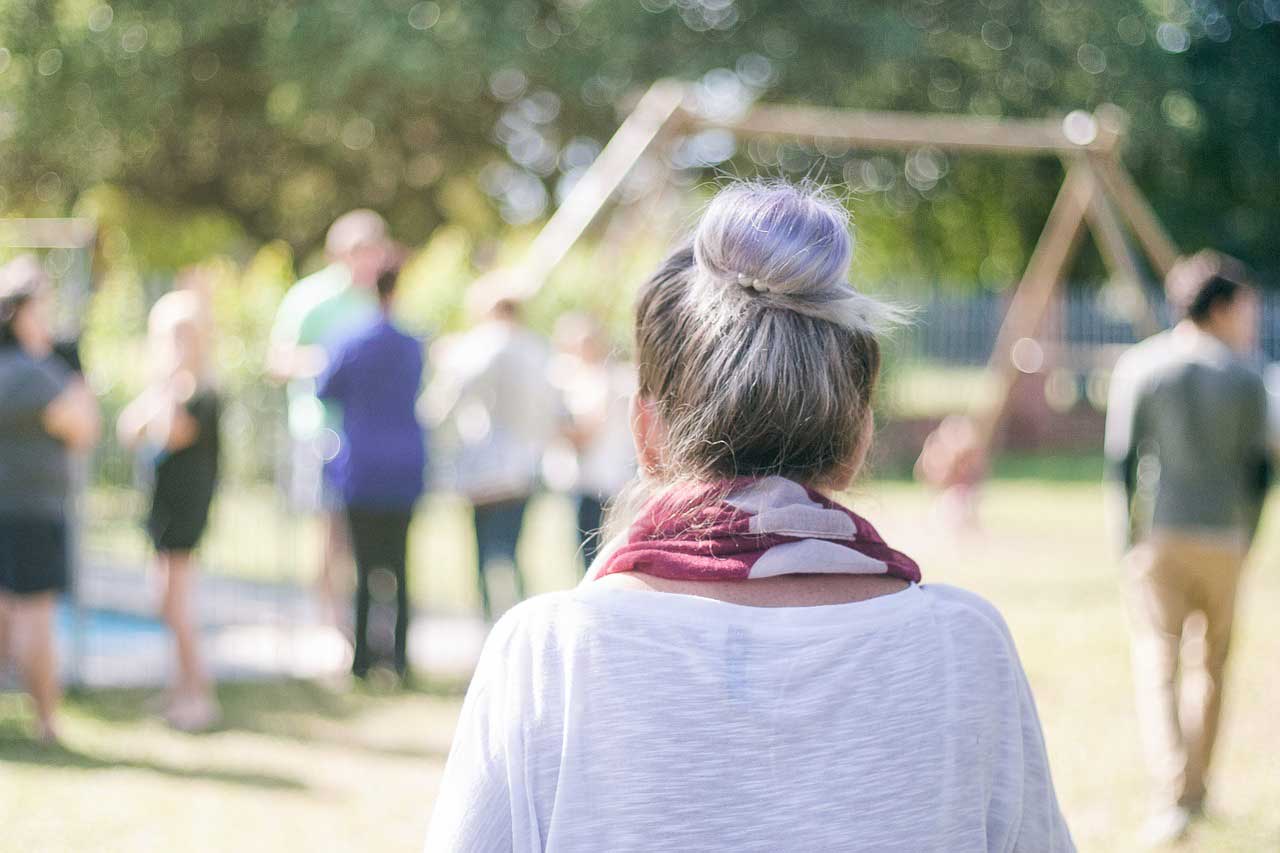 Years ago, while I was on a flight to visit my family, I had a chance to share the gospel. But I didn't.

At the time, I was working for a Christian women's magazine, and as I typed away on my computer, the man next to me asked me what I was doing. There is no less awkward way to bring Jesus up than when your whole job is about Him. The natural question to someone working for a magazine is, "Which one? What's it about?" And then *bam* there's an entrance for Jesus.

But I didn't let Him in. Instead, I directed the conversation toward the man's daughter who had an interest in publishing. And I have never forgotten that moment, although there have been many moments when I was too afraid to share what I truly believe is life-or-death truth with others.

Many have labeled our culture "post-Christian," and it often feels like many people believe that Christians are intolerant or ignorant. And if people aren't hostile toward Christianity, they at least don't want to hear about it. And so, the reasons to stay quiet about faith start to pile up, at least in our minds.

That day on the airplane, I, too, wanted to avoid a difficult discussion. But I made several incorrect assumptions in the moment, and they're things that many modern Christians also get wrong about sharing their faith. At the heart of all of them is this: I made the Gospel about me.

I didn't feel equipped. I didn't have the ammo to make the Gospel stand up to someone's scientific assault. I didn't want to feel awkward. I didn't want to be looked down on. I felt like my reputation and comfort were at stake. I didn’t care enough about the man to take my chance.

In the years since that moment, I've learned that my hesitation was based in selfishness and my belief that conversations about the gospel depended on me. I didn't realize that I had it backward until I found the following truths in later years. As we continue this series, I hope that these truths from the Bible free your heart to share your faith, just as they freed mine.

God is such a loving Father. Sometimes it blows me away to see how well He knew me before I was ever born. And He knew you too. He knew that we would feel pressure to know exactly how to answer every question and argument against Him — and He knew that pressure would hold us back. So, He not only promised to be with us in the Great Commission, He promised to give us the right words and the power of the Holy Spirit:

“And when they bring you before the synagogues and the rulers and the authorities, do not be anxious about how you should defend yourself or what you should say, for the Holy Spirit will teach you in that very hour what you ought to say” (Luke 12:11-12 ESV).

“But you will receive power when the Holy Spirit has come upon you, and you will be my witnesses in Jerusalem and in all Judea and Samaria, and to the end of the earth” (Acts 1:8 ESV).

God doesn't expect us to be as eloquent as Lysa Terkeurst every time we talk about Him. He doesn't expect us all to be theologians like John Piper. He just wants us to use our lives for Him. Even Paul, who wrote a huge portion of the New Testament, didn't consider himself very skilled in speaking about his faith.

God doesn't expect us all to be theologians like John Piper. He just wants us to use our lives for Him.Click To Tweet

“And I, when I came to you, brothers, did not come proclaiming to you the testimony of God with lofty speech or wisdom. For I decided to know nothing among you except Jesus Christ and him crucified. And I was with you in weakness and in fear and much trembling, and my speech and my message were not in plausible words of wisdom, but in demonstration of the Spirit and of power, so that your faith might not rest in the wisdom of men but in the power of God” (1 Corinthians 2:1-5 ESV).

In the end, we are not alone when we share our faith, and God promises to use our obedience, no matter how unequipped we feel.

Sometimes it feels like sharing the Gospel makes you responsible for someone's conversion. If they reject you, you’ll feel like a failure. But we aren't responsible for the outcomes of sharing our faith obediently. God is the one who ultimately controls how His truth will be received.

The Bible gives us a clear analogy to help us understand this situation:

“Therefore, we are ambassadors for Christ, God making his appeal through us. We implore you on behalf of Christ, be reconciled to God” (2 Corinthians 5:20 ESV).

An ambassador carries a message, builds relationships with a foreign country, and keeps the lines of communication open. But an ambassador can't force another country to be an ally. Neither can you.

3 - Caring about feeling awkward is shortsighted.

I am so prone to think about the short-term. I consider how losing a couple of hours of sleep will affect me the next day, not the whole week. I think about how awkward a conversation will feel for a moment, rather than the impact that hearing about Jesus could have on someone's eternity. As humans, we tend to think of this life alone, but as Christians, we are called to envision an eternity that is beyond our finite imaginations. Our focus should be heaven, not just the temporary experiences here on earth. You may suffer awkwardness or meanness from others when you share the Gospel, but those are fleeting emotions that hardly compare to eternity with Christ.

And the people we share the gospel with aren’t temporary considerations, either, even when relationships seem fleeting. They are people whose eternal well being is a reality just as much as yours is. As C.S. Lewis wrote, “There are no ordinary people. You have never talked to a mere mortal. Nations, cultures, arts, civilizations - these are mortal, and their life is to ours as the life of a gnat. But it is immortals whom we joke with, work with, marry, snub and exploit — immortal horrors or everlasting splendors.” They will spend eternity somewhere, just like you.

4 - Sharing the Gospel isn't just about one conversation.

I do believe that I missed an opportunity that day on the airplane. However, we may not be the right people to share the Gospel with every person we sit next to on public transportation or pass in the grocery store. Sharing the Gospel isn't just spouting off a story about sin, crucifixion, resurrection, and redemption to some stranger.

It's about a genuine and intentional desire to win hearts for Christ. That can happen in a conversation on an airplane if God gives you the opportunity, but even Jesus knew that the way to people's hearts was to know them and meet them where they were through action, prayer, and words. He healed people, He prayed for us all, and He performed miracles and loving acts. Many times, we will have to make the effort to build relationships with people before we know how to share the Gospel in a way that is meaningful to them. That's why we must pray, act wisely, and use our time with others wisely.

“Continue steadfastly in prayer, being watchful in it with thanksgiving. At the same time, pray also for us, that God may open to us a door for the word, to declare the mystery of Christ, on account of which I am in prison— that I may make it clear, which is how I ought to speak. Walk in wisdom toward outsiders, making the best use of the time. Let your speech always be gracious, seasoned with salt, so that you may know how you ought to answer each person” (Colossians 4:2-6 ESV).

What do relationships that facilitate Gospel-sharing look like? Tune in next week.

Can you think of times where you’ve hesitated to share your faith? Would knowing the truths above have changed the outcome?

Acts 1:13 lists the people who Jesus would empower to be his witnesses to the end of the world (Acts 1:8). Yet, based on what we know about many of them in the gospel accounts, they were far from having things together and were actually quite the rag tag bunch. You have the “sons of thunder” with lots of unrestrained passion, Peter who was likely still dealing with the guilt of denying Jesus, and a bunch of other untrained and uneducated men. When you consider this group of people whom God used to spread the good news about Jesus and consider how unequipped they were, how can this encourage you to step out in faith in your own life and in sharing the gospel with others? In other words, what perceived “handicaps” has your self talk or the devil convinced you disqualify you from being part of the work God wants you to be an integral part of? 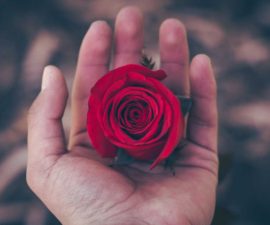 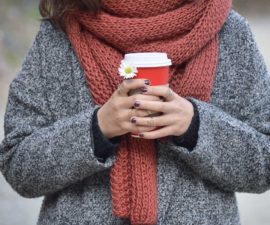 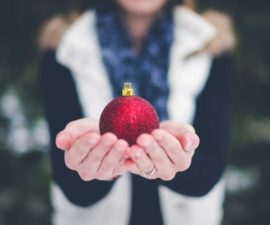