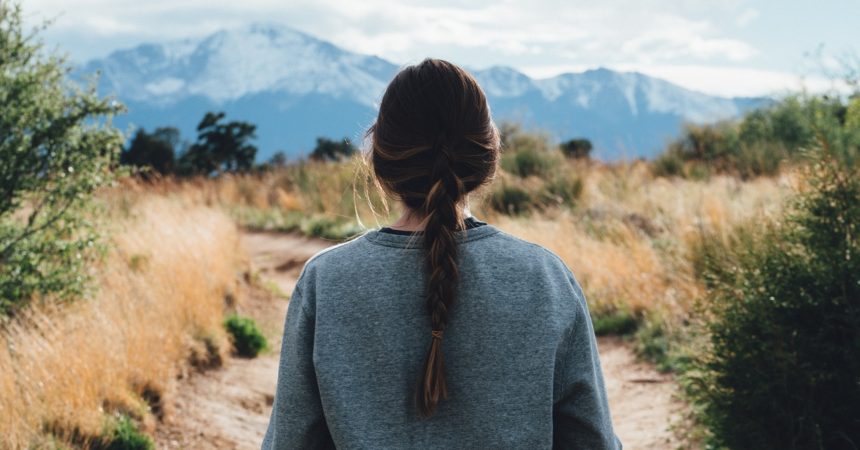 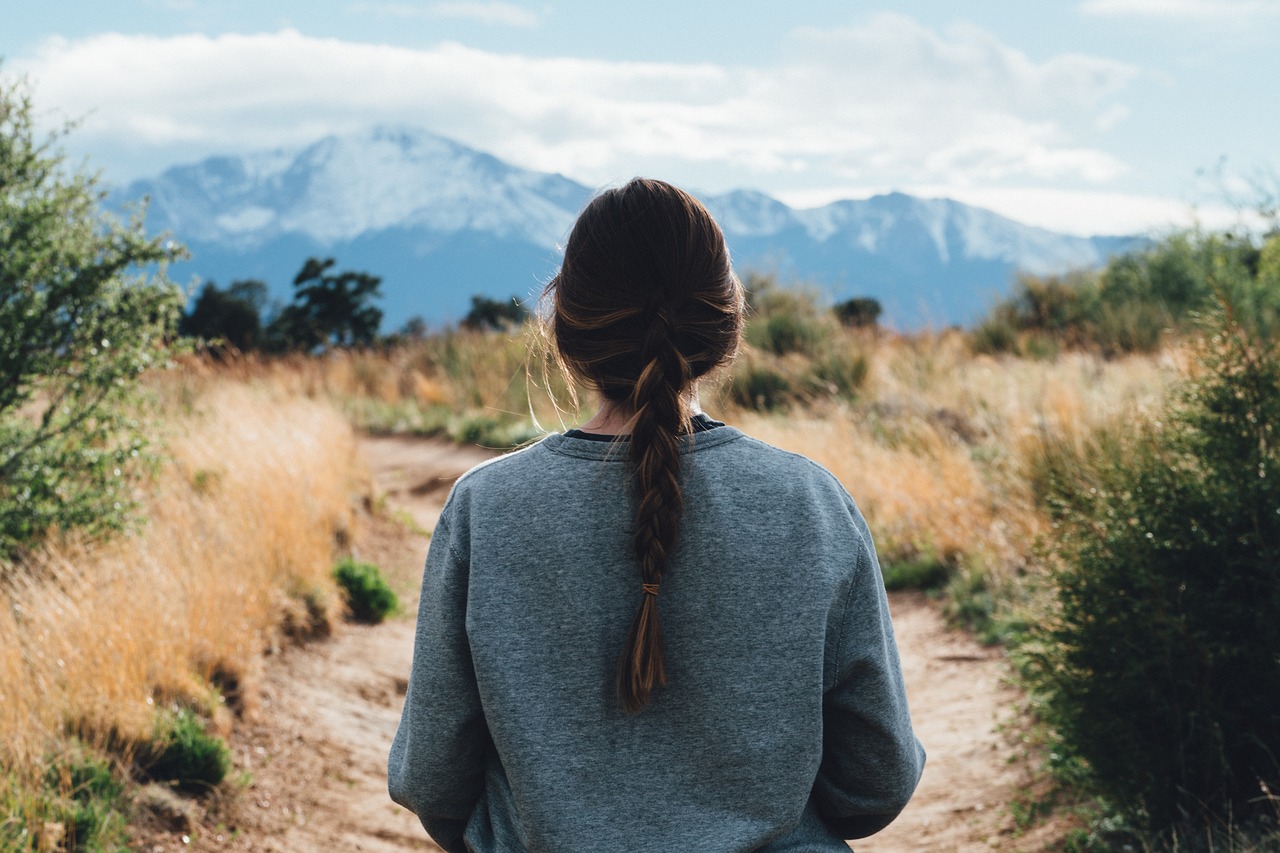 My husband graduated from pilot training years ago when we were just engaged. My homesick heart had been hopeful that he would be assigned to an aircraft with locations near or in my home state of Texas. That hope was fed by the fact that it seemed really likely that he would get at least one of those aircraft (I mean, who in the military doesn’t live in Texas at some point?!).

So, when his assignment flashed across the screen as an aircraft that would almost never lead us back “home,” I felt crushed. I felt scared. I wasn’t sure that I was strong enough to do this military life thing. And yet, God had over and over again made it clear that this was the man I was meant to marry. I was left with a choice: trust God and continue down this path or trust my own misgivings and walk away.

At the time, I felt strongly that God was walking me into something I couldn’t handle, and I was right. Military life isn’t something I’ve ever been well equipped for. But what I didn’t realize then was that my strength wasn’t important. God could handle it, and that was all that mattered.

In all of these years of being a misfit military spouse, who even still isn’t really cut out for the job, I have had to learn to trust God’s strength and leading many times over. And the lessons I’ve learned before, I’ll most certainly have to learn again, so I’m writing them down for myself, and I thought I would share them for whatever they’re worth.

Reminder 1: Every New Assignment Is Right Where God Wants You (Genesis 47)

Sometimes news of an undesirable assignment can make you feel like Joseph, after his brothers threw him into a pit and sold him off. You may feel miserable, betrayed, or hopeless. But if you finish Joseph’s story, you see that in the end he was right where God wanted him.

Looking back on every place we have lived, I can see that there were unique lessons and opportunities from God in each place. We couldn’t have grown the way we did in any other place, at any other time, with any other people or circumstances. Every place we go as military spouses is a part of God’s plan and an opportunity to learn and grow in some new way.

'My strength wasn’t important. God could handle it, and that was all that mattered.'Click To Tweet

Reminder 2: Every Deployment and TDY Is in God’s Hands (Psalm 91)

I can no longer count on two hands how many pilots have gone down in the same aircraft my husband flies since we got engaged, and while some survived, others did not. Every time he goes on a TDY or deployment, I feel extremely aware of all that could go wrong. But worrying about it won’t change the outcome, because at the end of the day it is all a part of God’s perfectly unfolding plan. I know that He loves me and that I can trust His plan, no matter what it brings, so I must choose to quiet those worried thoughts with my confidence in Him.

The longest we’ve lived in one place since marrying was about three years, and we just left that assignment over the summer. We had to leave some of our dearest friends in the world behind us, and I was unprepared for how difficult that was (even though it’s not the first time I’ve done it). My introverted self had grown comfortable in the familiarity of those friendships, and I am thankful that they’ll continue throughout my life. But in a season of moving forward and meeting new people, I’ve realized that God often shows us areas where we can grow and gives us relationships that will push us to do so.

As military spouses, we give thanks for the things we leave behind us with each move, but we can’t spend so much time looking backward that we miss what’s in front of us. Moving forward doesn’t mean you aren’t thankful for your friends, and it’s important to maintain those relationships, but don’t let missing them steal your present joy. Remember that those friends were once new to you, too, and trust that God will bring you a community in your new home.

Reminder 4: Every “Missed Opportunity” Is Directed by God — And His Plan Is Better (Proverbs 16:9)

I could write a novel about this one. If there were such a thing as “discipline languages” (like love languages), mine would absolutely be closed doors. Throughout military life, my career has taken some strange and unexpected turns. I have often felt that I missed out on opportunities that I would have had if only our life were “different.”

But when I finally got the perfect opportunity in my ideal career field with the perfect income, I discovered that my “perfect” plan wasn’t so perfect after all. In the end, I gave that job up and finally listened to God’s promptings for my work. And let me tell you — I’m glad I missed most of those opportunities in hindsight because I can see how God’s plan was ultimately far better than mine. Sometimes closed doors or doors you never even made it to are struggles or bad situations that God is saving you from. Sometimes they’re just plans that weren’t as awesome as His. His plan may not be what you envisioned for yourself, but God is opening all of the right doors for you.

Reminder 5: Every Season of Waiting Is a Blessing (Lamentations 3:26)

Waiting is one of my least favorite things about military life. It ranks right up there with not living in Texas — and that should really tell you something. But during my husband’s first deployment, I realized that waiting periods make for great spiritual classrooms. I think that’s why so many people in the Bible spend so much time waiting.

Noah waited for the flood, Abraham waited for God to fulfill His covenant with him, Sarah waited to bear children, Joseph waited while he was a slave, the Israelites waited to reach the Promised Land, and the list goes on. Waiting is definitely a theme in military life, and when we do it while intentionally seeking God, it can also draw us closer to Him than ever before. Don’t spend so much time looking forward that you fail to see the blessings, beauty, and lessons of the present.

Trusting God is sometimes a difficult choice to make, and it’s a choice we have to make over and over again. I know I’ll be returning to these reminders in coming years, but I hope they’re helpful for you too. 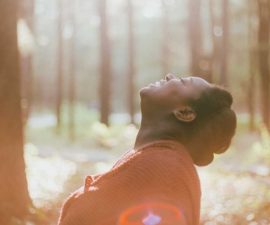 Whether you’re a military spouse or not, you probably know …
September 9, 2017 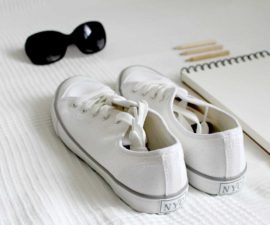