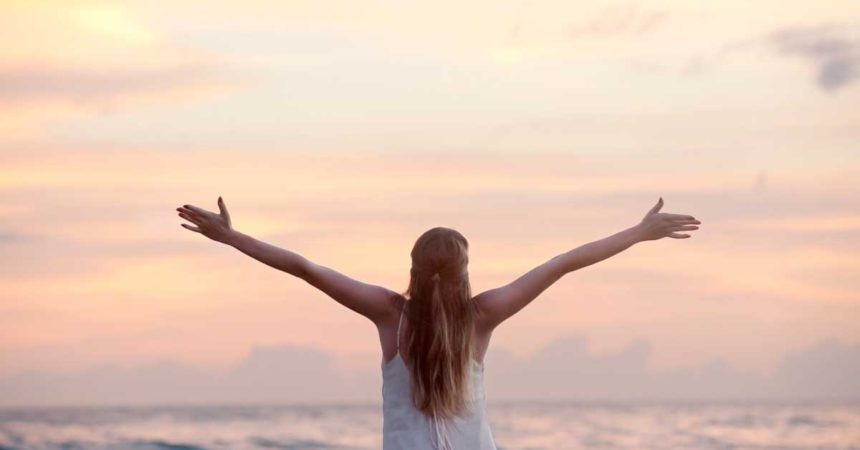 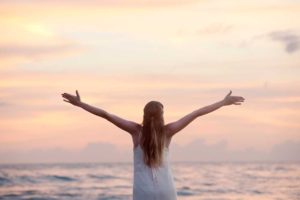 Everyone has a reason for their favorite Bible verse. I’m no different, I suppose. About nine years ago, Philippians 3:10-11 became my mainstay. I especially like the way the NASB says it: “that I may know Him and the power of His resurrection and the fellowship of His sufferings, being conformed to His death; in order that I may attain to the resurrection from the dead.” “Fellowship of His sufferings” is the phrase that especially struck a chord in my heart. I’ve spent time ever since pondering its significance and its profound application potential.

Rewind to the fall of 2008. I had the whole world at my fingertips as I was starting medical school and had a promising future ahead. The summer prior, I worked as a counselor at a Christian camp, which was life altering and, in hindsight, would change the course of my life forever.

However, at that time things were already taking shape for what I thought was what God intended for my life. After arriving at medical school, all the fears I had were allayed — I found myself among Christian friends, got involved in a church, had my own apartment, excelled in class, and balanced school and life well.

I desperately wanted to joyfully submit to God’s will for my life, but despite all the success I was having, I was miserable. My prayer was this: God, if you want me to serve you as a physician, help me to join you in the desire to make medicine my life work, because it’s not what I want. The anguish I felt was like nothing I had ever experienced before.

I can really only describe it as being so deeply stirred and conflicted in my soul that it was consuming. The internal strife was further compounded by my own fear of what God was asking of me and my fears of how others would respond. I sought counsel from a few close confidantes but felt strongly about discerning God’s will for my life without the interference of others, regardless of how well intentioned they might be. After several months of wrestling, I surrendered to God’s will and finally had the peace I sought. I was ready to commit to quitting medical school. I would instead go to seminary.

During such a trying time, I clung to God’s word. I had been studying Philippians for some time when I stumbled onto 3:10 early in the semester. The phrase haunted me. Fellowship of his sufferings. Perhaps it spoke to me so vividly because I felt I was suffering, being consumed with strife. And I longed for deep, soulful fellowship with someone who would understand everything I was experiencing. But what did it mean? I began to see Jesus’ command to pick up my cross and follow Him in a new dimension. I began to understand more fully that the way of the cross is a call to come and die. And to follow Jesus and to fellowship in His exquisite company is to embrace the suffering set before me, just as He did.

In the solitude of my one-bedroom apartment, I began to really consider what quitting medical school would cost me: misunderstanding from others who would think I was a fool for wasting my life. Squandered investments I had made toward my dream. Isolation and loneliness from my med school friends. Uncertainty and anxiety about the future and God’s ability to sustain and provide for me.

With Philippians as my backdrop, I realized more and more that Jesus could understand and identify with each thing that anguished me. What joy to know my Savior and His struggles more! Did Jesus experience misunderstanding? Yes, even Peter, one of his closest disciples was rebuked as Satan (Matthew 16:21-23). Did Jesus surrender costly things? Yes, the promised deliverer and long awaited King of the Jews ultimately met His death at the hands of those He came to save (Acts 2:36). Did he face isolation and loneliness? Jesus is called the man of sorrows, acquainted with grief, and was without anyone in the world who could relate to Him (Isaiah 53:3). Did He know uncertainty and anxiety? I recall Jesus’ agony in the garden (Mark 14:32-42).

As God so often does, one of the darkest years of my life was redemptive. It produced in me an intimacy with Jesus like I had never experienced. I learned to take my struggles and heartaches primarily to Him as a friend, as a best friend with perfect understanding. He in turn gave me the comfort and assurance of fellowship, and reminded me that it is worth it to give up anything to walk in His will.

Are you in a place where you feel completely alone, with no one to understand? Do you long for a companion who you don’t have to say “goodbye” to? A friend who can shoulder your pain and walk with you through healing? Someone who is willing to take your burden and give you rest (Matt 11:28-30)? Do you have tough decisions ahead of you because Jesus is your savior and you desire to follow him, even when it’s costly? In the surrender and in the pain, you can draw deep fellowship with your Savior, who is willing to make you more like Him in the process.

Has a particular Bible verse meant a lot to you at some point in your life? Tell us about it in the comments! 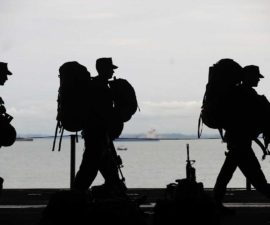 This article is part of our Deployment Devotional Series. To …
March 12, 2017 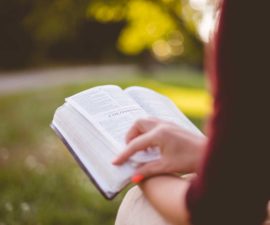 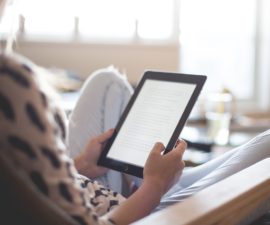 Staying connected no matter how many days each year you …
May 4, 2017